Do You Know Why We Call The Toilet A “John”? While a clogged drain or major plumbing problem does not exactly make you feel all that positive, you can feel good about the fact that you are not living in a time when plumbing was not that advanced. Needless to say, it’s better to deal with modern plumbing problems and have them fixed rather than having to shiver through sub-zero temperatures in order to use the bathroom.   So with this thought in mind we have compiled a few interesting facts about your most common plumbing fixtures.

The First Flush Toilet was Designed in 1596

So, to whom should we pay homage for inventing the toilet? Actually, all the credit goes to Sir John Harrington, who designed the first flush toilet in 1596. Amazingly, though, at the time, Sir John was mocked for his ingenuity. While Thomas Crapper is often thought to be the inventor, the distinction belongs to Sir John. After all, the toilet is referred to as “the john” for a reason. In fact, Sir John not only made a water closet for himself, he also created a commode for his godmother Queen Elizabeth too.

Unbelievably, people would not accept the idea of a flushing toilet for another 200 years when two inventors, Alexander Cummings and Samuel Prosser, designed water closets in the latter part of the eighteenth century. Thereafter, another 100 years had to pass before Thomas Twyford designed the first valveless toilet that was made of china. Before that time, water closets were fashioned out of wood and metal materials.

Again, Thomas Crapper, who some people mistakenly believe invented the toilet, did not design the plumbing fixture but, instead, purchased the rights for a valveless model. Nevertheless, Crapper, who was born in 1836 and died in 1910, did much to increase the acceptability and use of the toilet and did invent related accessory parts, such as the ball cock, which notably were improvements over the original design and concept.

Now that any and all misconceptions have been cleared as to whom should receive credit for inventing the toilet, you might wonder when bathroom tissue was invented and by whom. That distinction goes to Walter J. Alcock, who patented his invention in the late nineteenth century. By the later part of the 30s, people were buying cases of the paper through mail order although there were still those people who used the pages of the mail order catalogues instead.

The Modern Shower – An Invention of the Ancient Greeks

Ironically, the use of the shower goes much farther back than the flushable toilet. The place where showers were first used was Ancient Greece, where the water that was used for showering flowed along an advanced system of pipes. Pipes, in fact, were once made of lead, which is also the reason why we call plumbers plumbers and refer to pipes as plumbing. That’s because the Latin word for lead is plumbum from which the two words were conceived and derived.

What’s in a Name

Still, plumbers may not have been called plumbers today if the name had originated from another word that once defined the material used for pipes. In the 1800s, some pipes were made of  tapered logs, with references made to the practice in the city of Boston as well as Montreal. So, instead of referring to pipes as plumbing, they could have been called logging. And plumbers might have been called loggers instead. Apparently, logger was already taken so the name plumber was the logical choice.

Indeed, plumbing has evolved in many ways, which makes it all the more important to save on water consumption today. Since we’re on the subject of toilets and pipes, it might be a good time to review some statistics with regards to their use. For instance, the average toilet flushes around 6 gallons of water each time it is used and the average person uses over 2,000 gallons of water on a monthly basis. What’s more, around 9,000 gallons of water is wasted while users wait for the water to get warm – not exactly the best news if you are trying to cut down on the amount you spend on utilities.

That being said then, a low-flush toilet can be a good investment as it can moderate the water flow so you can save as much as 15,000 gallons of water annually. Since the toilet is the one plumbing fixture that wastes the most water in the house, you may want to Contact Us about Installing The Low-Flush variety. Also, fixing the leaky faucets in your home can cut down on water consumption by a whopping 140 gallons each week. That’s some trivia well worth considering. 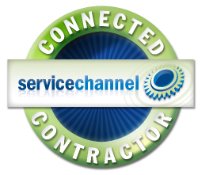